All good things have to come to an end ...

“Thinking is easy, acting is difficult, and to put one's thoughts
into action is the most difficult thing in the world.”
~Johann Wolfgang von Goethe
When I was in medical school, one of the key issues that discussed at the time was the increasing need for primary care providers and the over abundance of sub-specialists. There was a push by multiple institutions to increase medical students interest in the primary care areas and a deemphasis of the sub-specialties. Over recent years that prediction was found to be off target. 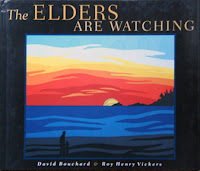 Unfortunately, the opposite was found to be true. One of the causes for the miscalculation was an aging population and a predicted increasing need for care including sub-specialty care. Along with the general population, the orthopaedic workforce is also aging. There are a number of the elders who will be retiring in the near future with no one to fill their position or role. No where in orthopaedics is the particularly true than in my subspecialty, pediatric orthopaedics.

As we go through our medical education and resident training, there are a few individuals who have a lasting impact on those with whom they have interacted. These are the individuals that many years later are still quoted and mimicked. In many instances, these individuals have dedicated their lives to the education of the young physician and the advancement of medical knowledge. Not all of the memories may be good memories, but they have effected you none the less. If you close your eyes and 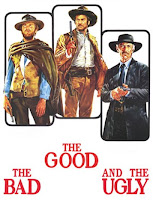 visualize your education, these are the people you see. The more time a person is associated with a program; the more they become a part of that program. They are fixtures at that program, an "institution".

As is the nature of life and careers, they all have to come to an end. Recently, I heard that one of my mentors has cut back his practice. He has not retired, but he has decrease his case volume and stopped performing major procedures. This past week I was reminiscing with some former residents from my program. As you do, we talked about our current practices, how many kids, new relationships, new cities, etc. After we finished with the formal updating of our lives, we reminisced about residency. We laughed about the good and bad. We all had a lot to say about my former mentor. It was very interesting that everyone had very similar stories. While I was still in residency, I remembered having other former residents tell these same stories to me. As we talked about him, I found out that he had cut down his practice. We all had a feeling of sadness about it. It seemed like the end of an era.

When a program loses someone who was influential, part of that program dies. As with many tribes, they depend on the elders to impart wisdom and insight. It is with this wisdom we are able to stay away from mistakes of the past. They remind us of previous successes and failures. Because of their years of experience, they are able to quickly reference the patient catalog and give advise base on previous experience. In their mind, it intuitively "makes sense." It is true their techniques make have fallen behind the current en vogue treatments and/or techniques, but it is their experience that is vital to the education of both medical students, residents, and young attending staff.

In my specialty where 60% of the Pediatric Orthopaedic Society of North America members are over the age of 50, the era is coming to an end in multiple institutions. Unfortunately with the current generation of attendings and residents (GEN X) choosing sexier and more lucrative specialties such as sport medicine and spine surgery, the number of specialists in the other specialties has decreased. For a number of reasons (malpractice, case volume, lower salaries, interest), residents have shied away from some of the other specialties. Pediatrics has be hit particularly hard. We know the mentors and sub-specialty exposure influences resident selection of sub-specialty. With many of the great educators reaching retirement age, who will assume the role? 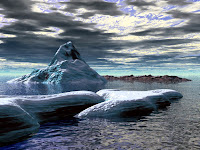 I look back at my own education and remember how much I was influenced by my faculty. Both in my fellowship and residency, it was the wisdom of my elders which particularly influenced me. As I look to the future, I hope these voids will be filled. This is an unknown. In the end, all I can do is hope and pray that this is only a cycle and we are on the bottom end of that cycle. If not, may be at the beginning of an ice age.

I know of at least one hospital that has begun accepting podiatry resident graduates as (un-accredited / thus fully privileged) pediatric orthopaedic fellows.

Don't many senior peds ortho people often look for new partners so that they can focus more on their spine practice though? I have seen a growing trend of peds orthopods in my region fixing fractures we left years ago. I have not seen the data to support it - long term clinical disability. Most of them site patient tolerance of casting and follow-up. Apparently surgery is safer now. Transient titanium or stainless implantation apparently has been definitively shown not to increase any cancer risk. I am skeptical. Some of those kids came back with casts that would rival most high school yearbooks. I wonder again if the one shot operative code hasn't won out over serial visits. Last, I thought the studies from California showed that most peds ortho people restricted access to Medicaid patients. I felt your description was more altruistic than perhaps deserved.

i do see in the future having other providers assuming the role of the pediatric orthopaedist. at the recent POSNA meeting, one of the scenarios to help the foreseen shortage used pediatricians trained as non-op orthopaedists (similar to family practice sports medicine)

as far as the senior people, some do want junior partners so they can possibly focus their practice (spine, hips, limb deformity). the problem is not just in larger centers where you can focus but it is in the smaller towns where you can't focus. it is an issue with only ~20 fellows graduating every year.

peds ortho has become more operative. classically femur fractures where treated in traction then spica casts. today, we are operating on more femur fractures. is it because society is asking for "quicker recovery", do not tolerate the casts, or is it our surgical slant now, do younger orthopaedist look for more reasons to operate. i do feel that the casting skill set id being lost. residents are using plaster less and less, spica cast are used less, cast techs do many casts. so is it because they are less skilled at casting?

the issue of medicaid is a sore point because i believe that there are some who do the wallet biopsy and send patients. we are seeing more and more patients transfered from an outside facility for the malignant buckle fracture or toddlers fracture (an example used in a lecture from the AOA today) because "the orthopaedic surgeon is uncomfortable with pediatric fractures."

issues of more sub-specialization in recent graduates and the desire not to be on call and only see X patient or only do out patient surgery.

a statement of altruism was unintended.