Over the past 10 years, I have had the opportunity to work with residents from different backgrounds, undergraduate majors, and orthopaedic programs. I have worked in 5 different academic settings. I state these facts because my upcoming view is not based on a view of one way of educating (i.e. the Harvard or Duke Way), but based on an understanding of the differences in both teaching and learning styles, academic and clinical settings, and generational changes. In my anecdotal point of view, residents in today's residency setting are technically delayed. The technical skills that I observed in residents 5 years ago don't seem to appear in the residents until about 6 months or so later. Some people reading this may feel that it is a slam. It is not; it is just my observation. When I ask myself why has there been such a change across the board, the only significant change has been the institution of the 80 hour work week.

One of the main reasons I like teaching is because I like to watch the intellectual growth of young surgeons. I enjoy seeing their development from novice surgeon afraid of cutting too deep, to a confident graduating chief. It is almost like raising your kids. "Oh, look he is using the cob like a big boy, now. He makes me so proud." Recently I have begun to notice that some of the skills that I had, I guess, taken for granted are not being developed. Basic skills that many learned in their internship in the past are being learned as second year residents. I wonder if we are failing our residents by not providing them with the tools they need to practice on their own. Are we setting them up for failure? 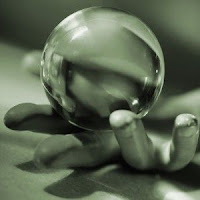 When the 80 hour work week was initially proposed, many surgical programs and grey-haired, "old school" surgeons said this will never work. I believed and still believe that the change was necessary. I also believe that once all of the data comes out that there will be changes in the duration of residencies (increase in time), the operative logs will be used for hospital credentials (no enough cases in residency = no privileges), and increases in the requirements for initial hospital monitoring of new surgeons and board certification. This is what I see in my crystal ball; although, it is sometimes cloudy.

There has been a recent study that have noted a decrease in cases logged.

"The trend is obvious," he said. "It is obvious that it is national, too."

Residents missed 9% to 13% of total surgical case volume between November 2003 and January 2004, with each resident missing an average 10.8% of cases, totaling 254 cases over 64 post-call days, Weatherby said.

"Our study shows that residents who have begun training after the 80-hour work week will do significantly fewer procedures, particularly at the PGY 2 and 3 level," Weatherby said. "This may result in a decreased level of skill acquired during training or it may shift the majority of operative experience to the PGY4 and 5 years, prolonging the learning curve."

Weatherby called for more research and more assessment of how the new hour regulations affect surgical training. He also voiced concern about residents having fewer opportunities to learn surgical procedures in a reasonable amount of time.

"We must ask ourselves if we will at some point, in fact, build up the skill of orthopedic surgery," he said. "This also supports the theory that operative experience is deferred ... throughout the year, thus prolonging the learning curve."

I ask myself, how do we accommodate for the decreased numbers? Years ago, many surgeons would practice at home. They would learn how to drill and sew outside of work. They always worked on their technical skills. In the current generation, I have not seen the desire to work outside of “work” to learn how to perform their craft. Technical skill can not be read, it must be practiced. My residents and medical students are well read. They can quote literature, know how to gather information, and put on a heck of a power point show; but operative skill "not so much." The chiefs feel the need to operate because they what to gather the skills before graduating (and they are avoiding clinic) and the juniors operate less because of floor, clinic, and ER responsibilities. Then the cycle continues the next year because the rising junior becomes a chief and needs the operative experience.

I can hear people now saying, "Well just let them operate and get PA's and NP's to manage the floors and clinic." That is not the answer either. One of the most important skills for a surgeon is making good clinical decisions. Decisions like when to operate and when not to operate; which patients are good candidates and which ones are bad candidates; and what your outcomes are realistic expectations from procedures. That experience comes from follow-up. As they say, there is nothing like follow-up to ruin your good outcomes. We haven't even addressed billing, coding, and the other business aspects of a practice that are barely taught in residency.

As I look forward, I wonder if we are failing them by not providing them with ways to develop technical skills without actually operating on a patient. I know that there are simulators that are being used to help address these deficits (arthroscopy simulators), but are they being utilized appropriately? How can we accommodate for a decrease in case volume without increasing residency time? Maybe some of you have ideas. For now, I am still trying to keep from getting frustrated.

“Learn from yesterday, live for today, hope for tomorrow. The important thing is not to stop questioning.”
~Albert Einstein
Posted by Someonect at 8:44 AM

I was going to say simulators. Although, I don't know how they could possibly give that hands on experience of textures, and the like.

I agree with you. While I think that some work hours limitations are smart and reasonable, they do have their down sides. I think that in order to do enough procedures and see enough patients, you just have to be in the hospital a certain amount of time.

Unfortunately, since, until recently, there hasn't been a lot of research into education of doctors, we don't really know how many arthroscopies, laparoscopies, hysterectomies, outpatient evals, etc. one has to do to be a good doctor. I don't know that simulators can help all that much. To a certain extent, the only way to learn how to operate is to operate.

And with resident time being a 0-sum game now, every outpatient experience takes away from the OR or vice-versa.

I think that it would be entirely reasonable to extend training times, particularly in surgical specialties, at this point. I bet a year would make up for the 20% drop in operative volume. I've thought about this a lot for ob-gyn.

I think that the time extension is necessary - or perhaps compulsory board certification. This is coloured by my experience in a British-patterned medical education system where, to practise as a surgeon, you must obtain the equivalent of board certification (fellowship of the college). Make it clear to trainees that graduation from the program within a fixed time period is neither certain nor desirable; that what is necessary for completion of residency is having breadth, depth and number of cases, as well as the scientific knowledge required for the field.

Chrysalis Angel:
the research i listed just came out. i don't know if the 20% decrease in case number is completely accurate but i think the decrease is true. although simulators help, you are right that the tactile feel is not the same. the other thing is that live is always a different feeling than simulation. how will you react to the adrenaline you get?

MWWAK:
there has actually be a lot of research into the education of physician (look in academic medicine ... the journal) but i don't know if the same techniques apply. the other thing is what evaluation tools are we going to use to say that the physician has reached technical competency? i believe just with the increase in the number of procedures we do and the increase in technical difficulty. now with the decrease in the number of cases, i feel that is will be something e may see in the future.

Hildy:
my fiend from down under. Please don't let those people on the msg board deter your interest in orthopaedics. :) i would agree that there will be some changes in requirements for certification. it will also come into play for hospital credentialing.