“The great aim of education is not knowledge, but action”
~Herbert Spencer 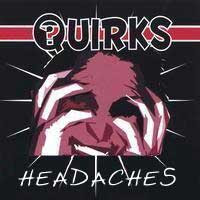 Looking back, residency was one of the best times of my life. Some of the experiences were priceless. I remember sitting in the resident's room and speaking with the other residents about the day. We would complain about the day. We would talk about the interesting cases that we had seen or done, what we had been accused of doing wrong (because we were always in the right), and what our upcoming plans were. Inevitably we would begin to speak about our "attending staff" and what they had said that day. We would commiserate about how we all had similar things said or done to us. I guess you could say after a while, some of the attendings became caricatures of their sayings and behaviors. If a resident would say a particular attendings "saying", we would all smile in acknowledgment. It was like an inside joke. Now, I am on the other end. I am one of the people that they mimic or mock. I guess we can't help it, we all have our quirks. It is fun to poke fun at people's eccentricities.

As an educator, it is important that you are self aware. We must understand out strengths and limits. To be effective at educating, we must understand what teaching style fits our quirks the best. I believe your teaching style should fit your personality, because the possibility of changing your general nature is slim to none. For instance, if you are not an outgoing and humorous person, you are not going to be that kind of educator. It is just a fact.

In evaluating myself, I realized I am a fire starter. Ok, that doesn't mean that I go out setting fires, but I like to look at things from the other point of view. I quite enjoy being the instigator. I do this during dinner conversations. My wife says she can see when it is coming because I get a little devilish grin. It is in my nature. I can't help it.

Usually when a resident comes to me with a plan, I like to take the opposing view point and argue that position. Even if I agree with the resident or medical students plan of care, I want to see if they have a reason. You may say that's mean. I don't know if it is, but it sure is fun. In truth, I want to see if they really understand why this is a good plan and aren't just parroting back what someone told them or what they read. I want to know that the understand enough to debate the subject. For example, a common debate I like to have with the residents is what type of graft to use for an ACL reconstruction, PROS and CONS. The resident usually fumble through this question because they usually haven't thought about it.

Why do I ask it, because patients ask the same question. They need to have a good answer for why they recommend one over the other. Coming up with a plan is one thing, but being able to defend that plan is another.

I know we all have our quirks. I don't like a lot of futzing in the OR, I like foam in my casts ('cause it's cozy), and I like my coffee with cream and 1 Splenda ® (dam it). I say, "s/he's gonna love it," when I love it; and I say, "that makes me sad" or "that hurts my feelings," when I don't. If I am teaching, I want to see if the resident is actually thinking. The best way I have found to test someone's understanding of a subject is to debate of the topic. That's just how I roll. So, for now, I'll keep setting fires to see where it takes me.

“Tell me and I'll forget; show me and I may remember; involve me and I'll understand.”
~Chinese Proverb

Posted by Someonect at 6:10 PM

I completely agree with everything you said. :)

I also like the thought of the foam in the casts. If I ever need a cast (perhaps slightly more likely, now that I'm taking moo sool do (korean martial art... kind of karate meets judo) lessons.)

We make fun of professors and educators when they have quirks because it gives us a sense of togetherness. People like to rally behind a cause, it's how we work.

I had a grin on my face reading this...somehow I figured what you would mean by firestarter. I had a girlfriend that loved to do that (take any opposing side.) She would drive me crazy! She, like you, would get this look on her face and a sheen in her eyes, and I knew it was coming. She was so good at it, I honestly couldn't tell which side of things she really fell on after awhile. I miss her. She's probably up there in Heaven carrying on a debate right now, ha,ha.

I'm really digging your blog. I've just returned to school after a few years in the non-medical world and have my sights set on orthopaedics. I particularly liked your diversity article. I'm a firestarter and a girl. I hope that doesn't get me in trouble!