“If you hold a cat by the tail you learn things you cannot learn any other way.”
~Mark Twain
Over the years, I have been observing the maturation of resident surgeons. I find it extremely interesting and inspiring. In my mind, the question has always been, when to take the training wheels off? When I was a resident, I remember when the transformation from the advance beginner to the competent surgeon happened. The metamorphosis was palpable. Growth and change can be painful, but this was not. All of the sudden, my vision became clear. My ability to read about a procedure and put the plan into action became obvious. The amount of mental work decreased. My movements became more natural. The next step was clear. It was a defining moment in my surgical training. I finally felt like a surgeon and not an impersonator. 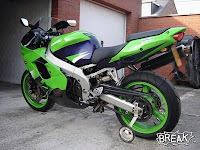 Now, as an educator, I look for signs of this transformation in my residents. One of my mentors had an understanding of the maturation of a surgeon. He trained the residents not as individuals but by their year in training. I believe he did this because of his observation of resident's growth and tendencies over greater than 20 years. In my less than 20 years of observation, I have noticed similar trends. His previous observations may be a little dated but in general they hold true. Understanding how I matured as a surgeon, I have tried to relate this experience to today's young surgeon. Are they ready?

In the past, residency was a free for all. Residents frequently operated without the guidance of an attending surgeon. The skills that developed were from their own trials and errors. In the recent past, that has changed. The powers that control both residency training and funding have significantly impacted the resident surgeon's education. I believe that most of these changes have benefited both patient and trainee. The change that has impacted residency the most is the requirement for more attending supervision. Although this improves patient care and decreases the number of foreseeable errors, resident's feeling of independence has suffered. Attendings have become like training wheels, keeping the learners upright. Some attendings have more restrictive training wheels than others; none the less, they are there to prevent errors and give direction to the young surgeons before they are out on their own.

For surgeon educators, it is a difficult task to asses a trainees level of knowledge and comfort level with the procedures. Prior to changes requiring increased attending involvement in surgical cases, the resident's surgical skill was tested time and time again. Many times they were on their own. City hospitals and "resident cases" provided multiple opportunities for resident to develop operative skills. In these instances, residents were immersed in orthopaedics, learning from shear volume of work and fear of making an error. Now there is more attending involvement, which means there is more attending involvement. For most surgeons, it is easier to do than it is to explain how to do. Because surgeons are not the most understanding and verbal individuals, they lack the patience and communication skill to allow a young surgeon to "futz" their way through a procedure with the verbal guidance and demonstration of technique (i.e. surgical training wheels) from an expert or master surgical educator. It is easier to just show them how to do the procedure. For a competent surgeon, this technique of education is appropriate; for a novice surgeon, it is not as effective. Early in a surgeons education, the act of doing affects growth more than observing. Because of the requirement that surgical educators be more involved in cases, basic surgical skills may be delayed. Because young surgeons are unable to make decisions on their own, many are less comfortable making decisions. As attending surgeons, we have to loosen the training wheels and allow the surgical growth of the novice surgeon. 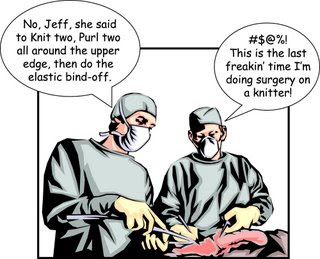 I believe in allowing the "futzing" with surgical training wheels. As a second year orthopaedic resident, I remember believing that I had truly done a total hip in under an hour. I was brought back to reality when I operated at the VA without the same attending guidance. My time wasn't so good. I had not noticed the subtleties of retractor placement, light position, adjustments in assistants placement, and use of surgical instruments. I was more the puppet of a master surgical educator. A residents futzing or fumbling is important in their growth. I know what works for me, but do they know what works for them? As the learner goes through the procedure, subtle nudging by the teaching physician keeps the resident from making egregious errors. With more independence, they gain both confidence and skill. Does confidence equate skill level and understanding? Not so fast padawan. An educator must pay attention to the learner and realize when they are at the end of their skill set. They must be allowed to futz with guidance. The attending is alway there as a ripcord if they are at a loss.

As residents progress, an educator must observe their clinical and surgical development. It is imperative that the balance of the training wheels be removed. There should be less cues and guidance. I like to observe their adaptations to this change. They should be allowed to be involved in making decisions about treatments, surgical approaches, room set up, and postoperative care. They should begin to instruct and guide the younger surgeons. In the role of teacher, they are given a different perspective on the procedure, viewing it from the opposite side of the table. Their complete understanding of the procedure is tested. It encourages independent thought. Because they have been guided for most of their career, many residents have not thought about how they would treat a specific problem. A common reason for doing something is because that is the way we do it. At some point they must be tested not on how I would treat something, but how they would.

We are the safety net. At some point, they are going to have to fly on there own. My approach to allow them to test their skills while I am watching. If they begin to fall, I am there to catch them. We stabilize them and direct their thought process to what we consider the standard of care. I don't know if I will ever know when they are ready. I will continue to challenge their understanding of surgical technique, clinical decision making, and the standard of care. In the end, I hope that they have the knowledge and surgical skill set to ultimately be an excellent surgeon.

“Experience: that most brutal of teachers. But you learn, my God do you learn.”
~C.S. Lewis
Posted by Someonect at 7:01 PM

Again, very very true. It is extremely challenging to let residents futz around a bit and let them really get stuck before intervening. I find it's really hard to hold myself back sometimes. And it is much easier to "show them" (which really usually means doing it yourself) than to guide them. I realize that for me, as an educator, every single case is a learning opportunity. Even a basic, uncomplicated c-section is an opportunity for me to learn how to teach the residents a little better.

I absolutely loved this: "In the role of teacher, they are given a different perspective on the procedure, viewing it from the opposite side of the table. Their complete understanding of the procedure is tested. It encourages independent thought."
People don't realize, when someone is teaching another-they are learning as well. Having them teach it, can tell you a great deal. Loved this post!

Like someonetc, I let residents "fumble" with their skills a bit and come only to the "rescue" when needed. Almost all of them gain confidence this way and some residents gain skills better than what I can talk (or show) about. But I hammer them always on their decision making skills even before OR. Where we practice, the standards of care are 5-10 years behind our western counterpart, thats why we innovate often out of need rather than the lack of interest.And this is where sound fundamentals and decision making is all too important, not just skills.
I always think I matured into a surgeon when I began accepting and acting like a surgeon rather than a technician. And skills just crept in unnoticed

MWWAK: learning opportunities, i love those. the hardest thing to do is hold back and let them progress through their progression. i have learned to just keep my mouth shut. on occasion, i learn something.

Chrysalis: the every case is a learning opportunity for both teacher and learner. each learner brings a new perspective to the case.

Hello everyone! Who knows where to upload the film Avatar?
I even bought the film Avatar for a SMS to http://rsskino.ru/kinofilm/avatar.html , the link was, but download fails, the system will boot quite strange cocoa something.
Men, advise where to normal as quickly download film avatar?

I sell a boat-program which will help you to outwit auction and to win, initially the boat was created for the Scandinavian auction http://internet-aukcion.ru/ but now the program can work with similar auctions: gagen ru, vezetmne ru and with ten.
The program-boat stakes for you, i.e. for this purpose it is not necessary to sit constantly at the monitor. The boat can set time when it is necessary to stake, thus you as much as possible will lower expenses for rates, and as much as possible increase the chances of a victory.

To all clients free updating and support.